First Pike’s Peak. Then Royal Gorge. Now, on towards Salida.

When we left Royal Gorge, it was raining lightly, but looked pretty dark up ahead. We ended up driving in some heavy rain as we made our way to Salida.

Buses and rafts were pretty common sights. We saw rafters in the rivers and rafters at the take-outs and buses of people and trailers with rafts heading to and from.

We decided we would give whitewater rafting a try. Renae and Tucker thought it sounded fun, so at the recommendation of Matthew’s cousin, we looked up The Adventure Company. We had a little trouble locating them, as they weren’t heavily advertised like a lot of the rafting places in the area. They were awesome though! Very nice and good at explaining and recommending which trip we should try. We would recommend them if you are ever in the area and want to go rafting. We had a great raft guide and we enjoyed our experience very much. There was one time when Matthew and Tucker both thought maybe Tucker was going to get spilled out of the raft, but it didn’t happen. We rafted with another couple and their thirteen-year-old son. We were in a group with five other rafts and our bus was full when we headed to the put-in! Quite a few families and kids!

Our raft guide was the rudder and we were the manpower. R&T both really enjoyed using the oars. With seven in the raft, we had an extra person, so we traded off some. I thought it was fun and if I trusted my ability to stay in the raft, going on the next step up in difficulty, would be fun! When we were getting close to the take-out, the raft guide said if we wanted to jump in and swim we could. It was smooth water and approximately three to four feet deep. Renae wanted to jump in and Tucker decided to too. So in they went. Tucker was ready to get back aboard the raft pretty quickly. The water was COLD!! Around sixty degrees. They did swim to the take-out and got out and shivered and shook! The father and son from the other family also jumped in.

Now, if you squint your eyes and use your imagination…..

Blue rubber raft. Us in it. Another family of three in it. Raft guide in the back. Some peaceful parts of the river. Some rapids coming up ahead. Water spraying up. Raft guide calling, “Forward two.” Everyone rowing. {Except the extra person in the middle.} Bouncing through the whitewater. Oh, and we all had on blue helmets and life vests. We had watersocks on, available at the rafting company. They were quite flattering.

Squint hard. Because I have absolutely no pictures of the whitewater rafting. I didn’t even take a picture of the office.

The other family had a disposable camera with them. I thought that was a smart idea, but I don’t think my abilities to pull out a camera now and then and juggle my oar and keep the camera tucked in my life vest during the trip would’ve been all that keen.

We had a grand time! 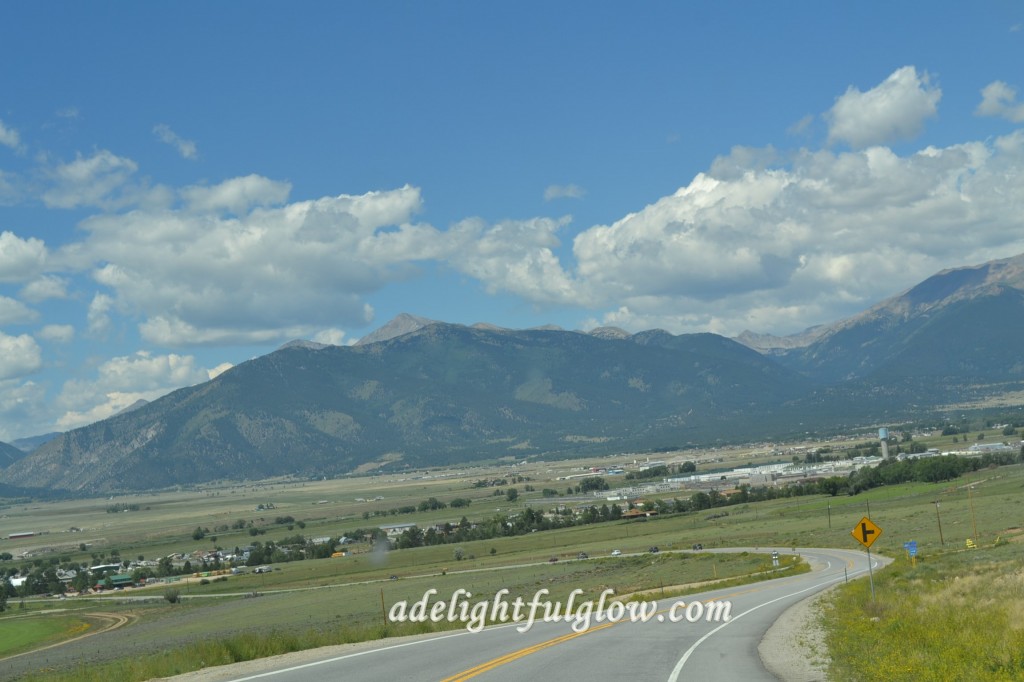 After we were done rafting and dried out and ready to go, we headed towards Mt. Princeton. If I remember right it is part of the Collegiate Peaks and there are over ten 14,000 foot peaks here. They are often called the fourteeners. Not only is there lots of whitewater rafting in the area, but also hiking, climbing, mountain biking and ATV’s.

It was very, very pretty.

We drove to the top and visited the ghost town of St. Elmo.

We strolled around and looked at the old buildings and we fed the chipmunks and a little squirrel. The kids were pretty thrilled with the chipmunks. Especially Renae. She has enjoyed reading the Sam Campbell books and they are full of stories about Sam and his animal friends. The chipmunks were very cute. Especially when they had fat cheeks stuffed full to go store away. Dad wasn’t as impressed. I think his reference was, “rodents”. 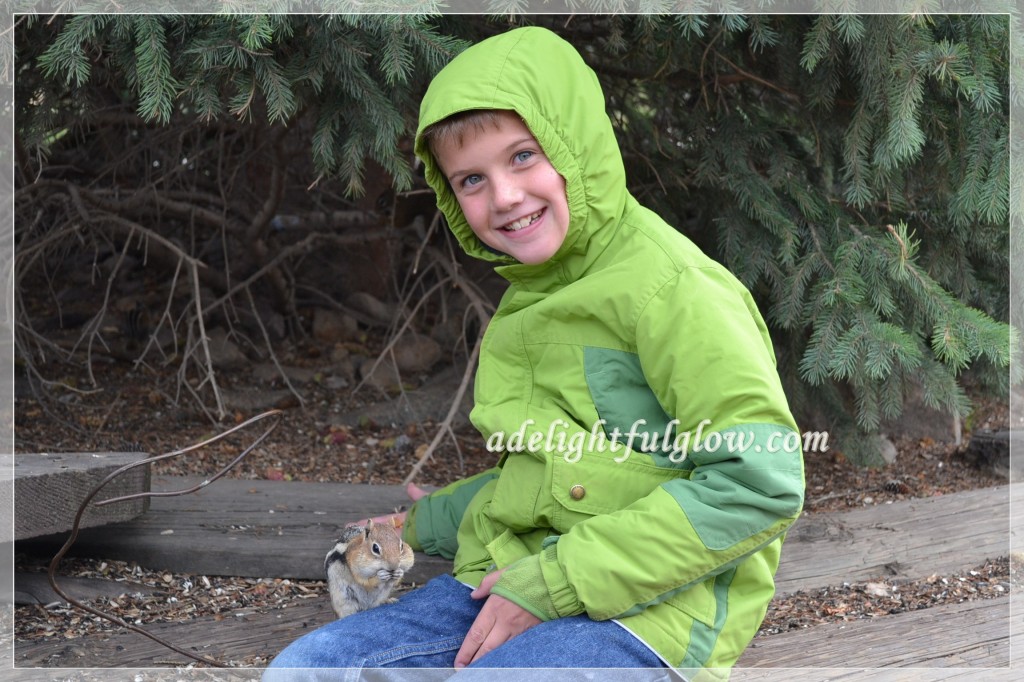 There were lots of ATV’s coming and going and there was a little general store there. They had bags of sunflower seeds available for fifty cents for the cheek-stuffing chipmunks!

The aspen trees growing on the mountain were beautiful. I really didn’t get a very good picture of them. I think I might have a couple, but I forgot to include one in this post. I really enjoyed looking through the areas where there were thick groves of aspens. They sort of shimmer and they are quite tall.

This part of the river was called Cascade Falls and there was a good place to stop and view it. Very beautiful, but fast-moving water and lots of rocks!

If you look closely there are mountain goats in the picture. They were quite far above our heads. Renae spied them and was thrilled. Some of our group wanted to see a bear, but we never did. I didn’t mind.

Renae gave us the best chuckle. She was perched on this rock, totally enthralled, blissfully looking around, taking in the view. Suddenly she jumped up and turned to me and proclaimed, “You know, this country just really has some big rocks!!” I laughed and replied, “Yes it does. We are in the Rocky Mountains.”

We ended our day by going to the historic downtown Salida and taking a walk along the river and eating at a little diner type place. The kiddos jumped into the pool for a while when we got back to our hotel. We were all pretty much ready to sleep then!! Good-night!