You are here: Home / Hello Monday / A Winter Week

Some bits and pieces of our week last week……..

We finished up the siding!

We had a visit from this darling!

We took pictures of some Lilla Rose clips.

We had winter show up with full force. My brother started working for the county in December, so he got to log in some extra time clearing and scooping roads.

We had store-bought french bread pizzas. I thought they were so pretty, so I snapped some pictures. I’m probably one of few to see beauty in a store bought pizza. hee-hee!

We dissected a pomegranate!

We brought the tractor over to break open the lane. I stuck my nose out the door along with my camera to quickly snap a few photographs. Otherwise I wisely stayed inside.

We helped a neighbor break his lane free. We fought the snow to check oil wells.

{We also accidentally inserted this photo in this post twice, but just left it that way.} 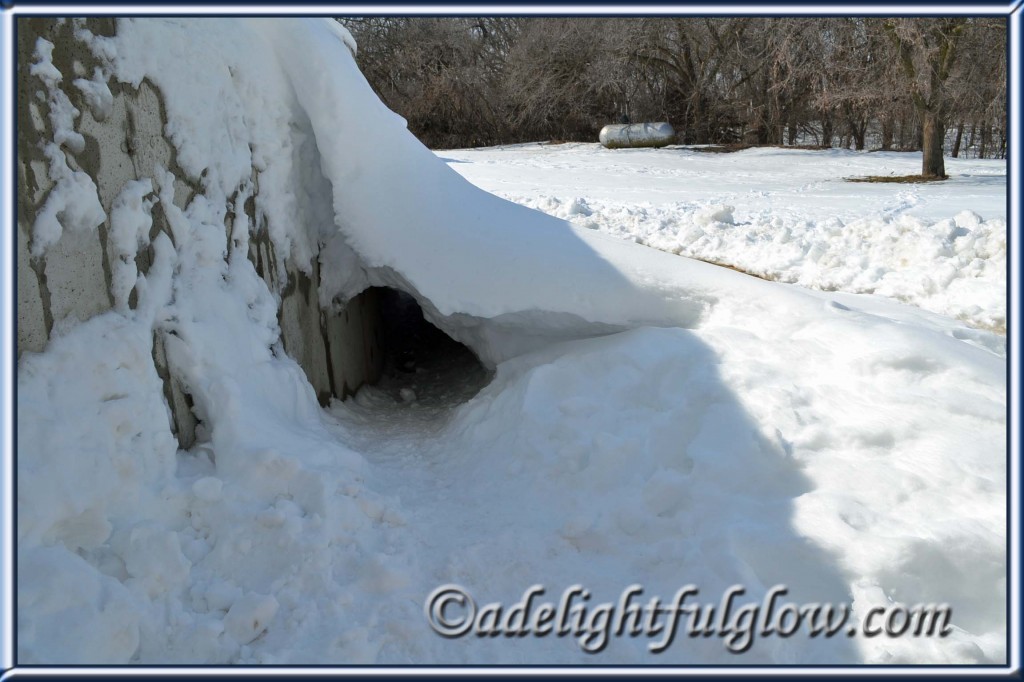 Here Dad, this is for you! A comparison of siding and snow!

We had a kind friend give us some firewood and we were grateful!

We crafted a snowman!

We enjoyed lazy snow days! We read books! We played Qwirkle and ate microwave popcorn! We watched some movies! We made Rice Krispies and Party Mix! We did school and laundry! We played with Cooper and worked at building a gate at the bottom of the basement steps that he couldn’t get through. We spent some time perusing schoolbooks for next year. We got the doctor’s office cleaned before the bad weather hit. Good thing or I don’t think we’d have been doing it this week. We put our beef in the freezer! Hooray! I had one package of hamburger left.

We had some disappointments and stuffy heads and tired times too. I tried to work on figuring out some advertising for my Lilla Rose site and felt like I pretty much crashed and burned on that. Marketing is not my forte.

We had an aunt and uncle come over for supper. I’d been wanting to try this recipe for Chocolate Raspberry Cheesecake Pie. Having company presented itself as a good opportunity to give it a whirl. It was yummy, but rich. My man isn’t a raspberry fan. He did eat some, but picked out the raspberries and I swiped them off his plate. Raspberries rock!

We had my brother eat meals with us a couple of times and he borrowed a scoop shovel from us and then shoveled a pathway to our basement when he brought it back. Brothers rock too!

What happened in your week last week?