You are here: Home / Musings / Called to a Pathway of Righteousness

“It is now generally recognized that the question ‘Am I Christian?’ can no longer be answered in any significant manner by citing denominational, ethnic, or national names or symbols. There are now 33,800* different Christian denominations on earth. Clearly, an adequate answer must go deeper than our religious associations. It must refer to what we are in our heart – before God, in the depths of our being, always the focal point of Christian spiritual formation.” ~ Dallas Willard, Renovation of the Heart

What have ye to say friends? I’ve been mulling over these words all month.

33,800
That’s no small amount of denominations.
And we’re all pretty sure we’re “right”. I admit this makes me chuckle to myself, yet ponder it with sober reflection.

I may not be a math whiz, but you know what? I don’t see how this can add up.
Perhaps it points to the unique variety of people God has created and the fact we will forever need to lean into good thinking, Scripture searching, and passionate time in prayer.

Perhaps we need to sit in stillness and acknowledge that there’s probably not a one of us who will ever get it completely “right”.

I think God wants us to grapple with Scripture, to tug at it, to search diligently and to inquire of Him about it all.

The Bible holds a standard for right and wrong, no doubt in my mind. We are bombarded with sin and evil and it has no place with God.

I believe as Christians and disciples of Jesus, we make the choices we believe are right for us and what Christ is leading us to.

The problem of “rightness” begins to play out when I become so puffed up and so convinced of how completely right I am. I create a false sense of humility and begin to wear my self-righteousness proudly, never catching the reflection of the filthy rags flapping instead of the rich robes I’m confident I’m sporting.

It’s been ten years this spring since the church I grew up in went through a splitting, a fracturing. A fracture is a breaking, a changing from what had been shaped and whole. Fracturing and breaking rarely happen without the accompaniment of pain. Pain on both sides, I may add.


Ten years is a long amount of time that’s passed in the blink of an eye. I’ve found myself with a good bit of pondering as I consider ten years.

I wrote down over 2500 words this month, contemplating my circling of emotions and faith journey from 2009-2019.  They aren’t really shaped to share. They may never be. Or they may, when time works itself out rightly.
Painful situations require a processing, a pondering, an honoring of ourselves and others.

Church feels like it should be easy. Somehow, it isn’t. Not always. All that “rightness” and all our “humanness” fumbled together turn into tumult and turmoil sometimes.

But here’s the thing.

Jesus met him there in a swirl of glorious light, a six or seven worded question, and a direction.

First, a great and bright light.

Then, his name, twice in a question.

Saul thought he was right. Jesus would set him aright.

“You are the Messiah!” Peter declares.  “Blessed are you.” Jesus replies.

Once again, he calls a name. “Simon, son of Jonah, this was not revealed to you by flesh and blood, but by my Father in heaven.”
“I tell you that you are Peter and on this rock I will build my church.”

And then, about six verses later, Peter opens his mouth again, this time with words spouting merely from human concerns.

I’ll cut Peter some slack.
I’m pretty sure I may have voiced the same thing.

“Never, Lord! This shall never happen to you!”
Aghast with the horror and angst of it.

Jesus go to Jerusalem?
Jesus suffer at the hands of the elders?
Hands of the chief priests?
DIE???
What did raise again on the third day even mean???!
This Jesus! Our friend. Our leader. Our companion. Revealed as the Messiah!
DIE???

Jesus didn’t mince words. “You’re a stumbling block to me. You do not have in mind the concerns of God.”

Two of the best known names and characters in Christianity. Real flesh-and-blood people who wrestled with right and wrong, human way and heaven’s way.

Jesus is in the business of perfecting change and setting us on the right pathway of righteousness.

Both led to Jesus.

May we set our eyes on Jesus, hand the compass to Him, and do a heartcheck when we find ourselves grasping after our own sense of  “puffed-up rightness.” 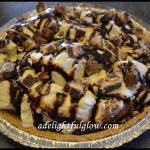 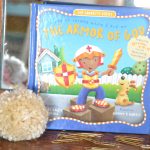 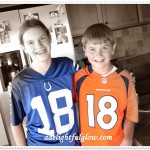