We late-planted some gourds and pumpkins and they are growing. Tucker picked a few beginners for me.

The flowers look a bit bedraggled from the heat and the croquet balls speak of summer days and the gourds hint of autumn.

Matthew & I spent a day out with friends. I took a few minutes to fix up to-go boxes with pumpkin cake inside! Mmmm.

That Kitty must be guarding the Laffy Taffy for his well-loved owner.

Our men were gone for the day on Friday. I fixed up pretty sherbet drinks for Renae and I with leftovers from the baby shower. Very simple if you want one to sip. Pineapple sherbet topped with ginger ale! Or substitute any flavor of sherbet you’d like and you can use Sprite or 7-Up, but ginger ale is my fave.

I think the contrast between the melted wax and the unmelted wax in the candle that I’ve just blown out, is so pretty.

Fall has arrived at Jewelry in Candles! Go check it out!

Renae and I both gathered wheat bouquets during harvest. I thought this was such a lovely look that she created with hers.

Renae and I attended the Living Proof Live simulcast. I’d long looked forward to it and it was a wonderful day. I enjoyed every minute. We had some friends and cousins who rode along with us.

It was fun to see some other women from our community there. I also ran into Sarah from All Manner of Inspiration. It was so fun to see her and chat a bit. She was at the Meetups I went to in 2012 and 2013. Find the posts about them here and right here!

We brought home some books from the Lifeway booth and left a lot of books there that I would’ve liked to bring home as well!! 🙂

You know the Shy Little Kitten clothes, at Target, that I talked about in my Yarn-Along post last week?! Well, after my third trip to Target, I finally found the right sizes and decided for sure which pieces I wanted, and purchased them for my nieces’ birthdays in November. This stuff is just too cute!!! I showed my man what I’d bought for them and he said, “Well, you’ve only been talking about it for a month now.” 🙂 Made me laugh.

Renae’s handiwork and patched sheet. I couldn’t remember if I’d posted it ever. It’s such a cute job.

We did stuff last week. I don’t even recall what all. I often try to jot stuff down, but didn’t too much last week.

Renae and I did swing by to see my friend and squeeze her new baby for a little when we went to clean last week. He is still so, so cute and he’s growing. He’s really holding his head up and looking around and acting alert.

I’ve been laughing at the story my husband told me about our two-year-old niece who lives in eastern Kansas. My husband’s brother told him that they were headed to town and they passed a New Holland swather in a field. Our niece piped up and said, “There’s a combine just like Uncle Matthew’s!” Ha! So great! Later when I was laughing about it again, I mentioned to Matthew that she must need glasses. His response ~ “She’s a girl.” 😉 Hmmm. He acts like he’s had experience with a female who doesn’t just notice machinery details like her farmer man does. 😉

Warrior by Steven Curtis Chapman ~ for the War Room movie

No Longer Slaves ~ Jonathon David and Melissa Helser ~ We sang this at the LPL simulcast. The theme of was Romans 8:15 and this song perfectly fits with this verse. Love it. 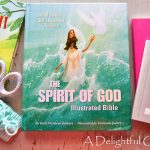