You are here: Home / Family / Birthdays to Celebrate!

Since Renae and Tucker’s birthdays come very quickly after Christmas and since Ohio and Kansas aren’t next door neighbors, our Ohio grandparents have only been here for their birthdays a couple of times. Grandma hadn’t given them their birthday gifts yet, so when they and Emma were out, we decided to have an impromptu birthday party for them. It was fun! Their birthdays come so soon after Christmas and everything is close together and then over and done. This was nice and stretched it out! 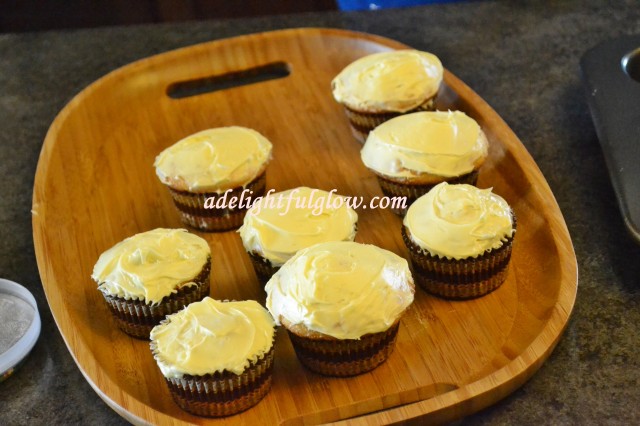 The girls made cupcakes and iced them and decorated them with much fun and sprinkles! 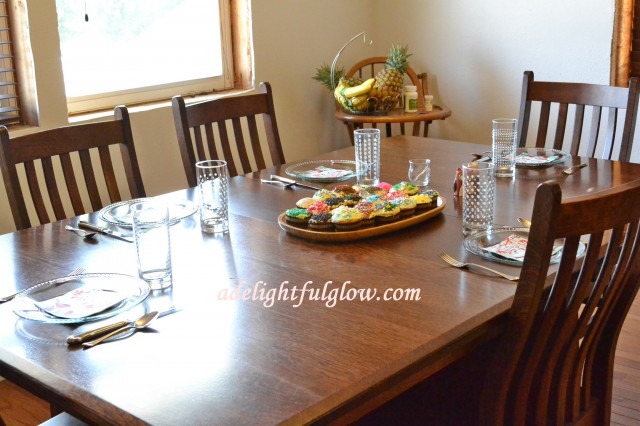 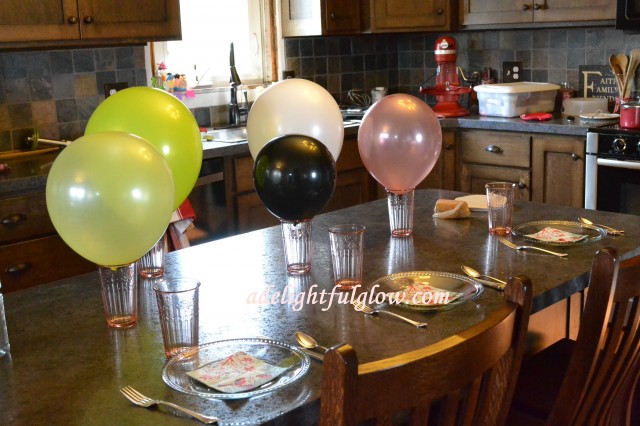 The crew had gone grocery shopping and also picked up a few things for the party, including balloons! Tucker likes balloons really well. He had fun blowing them up and he decorated the island with them. He also came close to giving poor Grandma a heart attack. He was blowing up one balloon and blowing it up and blowing it up, so that it was getting nice and BIG, and then-BOOM!!!! Big, big balloon became too full of air and burst into bits! Tucker and big balloon happened to be right behind Grandma, who did not know he was back there. To say she was surprised and startled is a slight understatement. Tucker was surprised too, as was most everyone who happened to be within earshot of the balloon and its sudden end. Grandpa was across the table from Grandma and he could see Tucker blowing up the balloon and could see it getting bigger and bigger and could guess what might be about to happen. After Grandma {and Mom} got over the startle, they then proceeded to laugh at Grandpa who was about to fall out of his chair with laughter. Who knew what all one balloon could provide?! 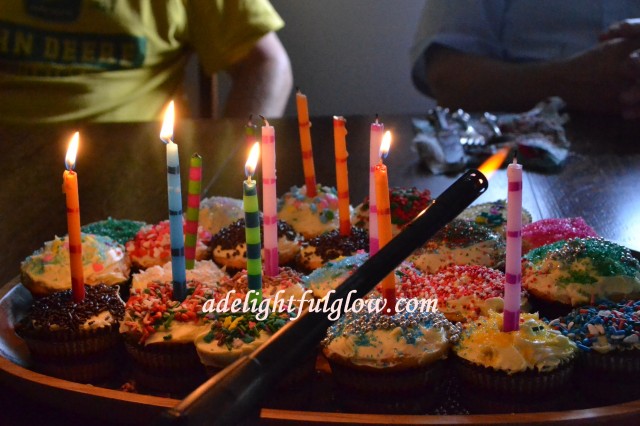 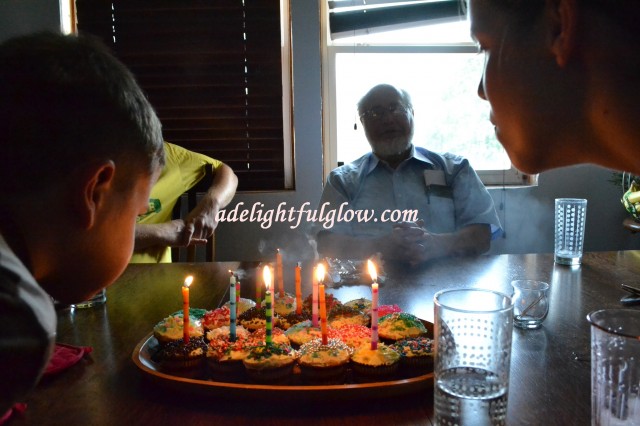 I happened to be sitting right in front of the cupcakes and wasn’t moving around a lot at this point. So this was my view and my shot of the candles getting blown out! Kind of a fun angle, really! 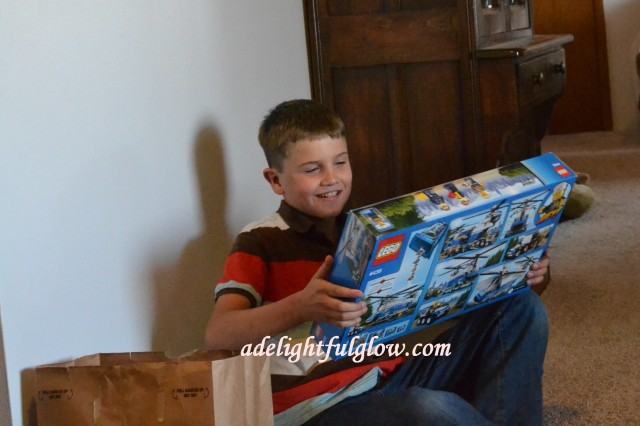 No time was wasted in commencing to build the new Lego set!

Thanks for the party, Grandpas!

{And for the yummy cupcakes, girls!} 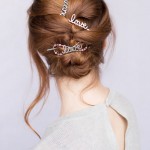